THE MONTH IN BRIEF
Stocks went sideways rather than north in March, with the S&P 500 losing just 0.04%. The Federal Reserve made another quarter-point interest rate move, and overseas, the United Kingdom initiated Brexit proceedings. While new data showed weak consumer spending, consumer optimism remained high and hiring was once again strong. A subpar month for commodities did bring major gains for two energy futures. In the housing market, existing home sales decelerated, while new home sales picked up. A little volatility did not upset the primarily bullish outlook on Wall Street.1 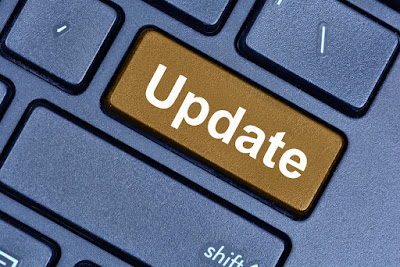 DOMESTIC ECONOMIC HEALTH
On March 15, the Federal Reserve felt confident enough in the economy to raise the benchmark interest rate to the 0.75%-1.00% range. The central bank left its 2017 dot-plot unchanged – its forecast still calls for a total of three rate hikes this year.2
Last month, most of the major indicators affirmed the health of the economy. The only question mark concerned household spending, and the 0.1% February gain may have just been an aberration. Consumer incomes did increase 0.4% in February, so it appeared households were pocketing more of what they had made; in fact, there was only a 0.1% February rise in retail sales. Speaking of consumer spending, the Bureau of Economic Analysis revised fourth-quarter growth up to 2.1% as the month ended; even with that upgrade to the Q4 GDP number, the economy grew just 1.6% last year, a full percentage point less than in 2015.3,4

Americans felt very confident about the state of the economy in March. The Conference Board’s index jumped up 9.5 points in a month to a remarkably high reading of 125.6. The University of Michigan’s monthly index of consumer sentiment finished March at 96.9, up 0.6 points from its final February mark.5,6

The labor market showed further strength. Department of Labor data showed the economy adding 235,000 net new jobs in February, with the construction and education/health care sectors accounting for 120,000 of them. This sent the U-3 unemployment rate down 0.1% further to 4.7%, while the U-6 rate measuring “total” unemployment declined another 0.2% to 9.2%.7

In the opening week of March, the latest Institute for Supply Management gauges of manufacturing and service sector activity showed both sectors in good shape during February. At 57.6, the ISM services PMI reached its highest point since October 2015; the U.S. service sector saw its eighty-sixth straight month of expansion. The ISM factory PMI rose 1.7 points in February to 57.7.8
The Federal Reserve’s preferred inflation gauge, the PCE price index, showed a 2.1% annualized gain for the year ending in February. That was a 5-year peak. Surpassing that, the headline Consumer Price Index rose 2.7% in the 12 months concluding in February, even with a mere 0.1% monthly advance. Producer prices were up 2.2% year-over-year with a February increase of 0.3%.3,5

GLOBAL ECONOMIC HEALTH
Just before March ended, United Kingdom Prime Minister Theresa May invoked Article 50 of the Lisbon Treaty, formally triggering the start of the Brexit process. The clock is now ticking: within two years, the U.K. will make either a “hard” or “soft” exit from the European Union, with the first round of negotiations getting underway at an E.U. summit commencing April 29. The big question is whether the U.K. will be able to stay in the E.U.’s single market after the Brexit; it has said it might forfeit such trade access in exchange for curbing immigration from other E.U. member nations. Should it retain that trade access, U.K. citizens will still be allowed to work and live in other E.U. countries without getting visas. If negotiations somehow do not result in an exit deal by April 2019, then the terms of the Brexit could be left to the courts and/or the rules of the World Trade Organization.9
By World Bank projections, five Asian economies will expand by 6.5% or more this year: Laos (7.0%); Cambodia, Myanmar, and the Philippines (6.9%); and China (6.5%). China’s growth is at a 26-year low in 2017, but foreign investment in the Chinese economy is forecast to rise to 15.0% this year, compared to only 4.1% in 2016. The March impeachment of South Korean President Park Geun-hye delivered another black eye to the fourth largest economy in Asia; Park and several Samsung officials were disgraced with corruption charges this winter, an especially troubling development given that the Samsung conglomerate accounts for about 15% of the South Korean economy. South Korea has already seen the collapse of Hanjin Shipping, one of the world’s major cargo lines, and its government also recently bailed out its major shipbuilders.10,11
WORLD MARKETS
March saw many foreign benchmarks advance. At the forefront was Spain’s IBEX 35. It rose 9.50% for the month. Several other indices added 3% or more in March: Argentina’s MERVAL, 5.92%; France’s CAC 40, 5.43%; Germany’s DAX, 4.04%; Mexico’s Bolsa, 3.60%; Korea’s KOSPI, 3.28%; India’s Sensex, 3.05%; the FTSE Eurofirst 300, 3.03%. Other March gains: Australia’s All Ordinaries, 2.48%; MSCI Emerging Markets, 2.35%; Hong Kong’s Hang Seng, 1.56%; Canada’s TSX Composite, 0.96%; the United Kingdom’s FTSE 100, 0.82%; MSCI World, 0.82%.12,13

March ended quietly, with the bulls taking a breather. Will investors find hopes or fundamentals to rally around in April? The next earnings season is two weeks ahead, and FactSet forecasts annualized earnings growth of 9.1% for S&P 500 firms – a bullish projection, indeed, that would represent the best year-over-year improvement since Q4 2011. Any nascent plans for tax reform could also stoke bullish sentiment, even though reforms could take many months to enact. While the rally waned at the end of March, it could find some fresh legs as the second quarter begins, with the markets experiencing relatively placid weather so far in 2017.19

Bogetto & Associates does not provide legal or tax advice.  These topics are discussed in conjunction with your CPA, Tax Advisor and Attorney.

This material was prepared by MarketingPro, Inc., and does not necessarily represent the views of the presenting party, nor their affiliates. The information herein has been derived from sources believed to be accurate. Please note - investing involves risk, and past performance is no guarantee of future results. Investments will fluctuate and when redeemed may be worth more or less than when originally invested. This information should not be construed as investment, tax or legal advice and may not be relied on for the purpose of avoiding any Federal tax penalty. This is neither a solicitation nor recommendation to purchase or sell any investment or insurance product or service, and should not be relied upon as such. All market indices discussed are unmanaged and are not illustrative of any particular investment. Indices do not incur management fees, costs and expenses, and cannot be invested into directly. All economic and performance data is historical and not indicative of future results. The Dow Jones Industrial Average is a price-weighted index of 30 actively traded blue-chip stocks. The NASDAQ Composite Index is a market-weighted index of all over-the-counter common stocks traded on the National Association of Securities Dealers Automated Quotation System. The Standard & Poor's 500 (S&P 500) is a market-cap weighted index composed of the common stocks of 500 leading companies in leading industries of the U.S. economy. The Russell 2000 Index measures the performance of the small-cap segment of the U.S. equity universe. The CBOE Volatility Index® (VIX®) is a key measure of market expectations of near-term volatility conveyed by S&P 500 stock index option prices. NYSE Group, Inc. (NYSE:NYX) operates two securities exchanges: the New York Stock Exchange (the “NYSE”) and NYSE Arca (formerly known as the Archipelago Exchange, or ArcaEx®, and the Pacific Exchange). NYSE Group is a leading provider of securities listing, trading and market data products and services. The New York Mercantile Exchange, Inc. (NYMEX) is the world's largest physical commodity futures exchange and the preeminent trading forum for energy and precious metals, with trading conducted through two divisions – the NYMEX Division, home to the energy, platinum, and palladium markets, and the COMEX Division, on which all other metals trade. The IBEX 35 is the benchmark stock market index of the Bolsa de Madrid, Spain's principal stock exchange. The MERVAL Index (MERcado de VALores, literally Stock Exchange) is the most important index of the Buenos Aires Stock Exchange. The CAC-40 Index is a narrow-based, modified capitalization-weighted index of 40 companies listed on the Paris Bourse. The DAX 30 is a Blue Chip stock market index consisting of the 30 major German companies trading on the Frankfurt Stock Exchange. The Mexican Stock Exchange, commonly known as Mexican Bolsa, Mexbol, or BMV, is the only stock exchange in Mexico. The Korea Composite Stock Price Index or KOSPI is the major stock market index of South Korea, representing all common stocks traded on the Korea Exchange. The BSE SENSEX (Bombay Stock Exchange Sensitive Index), also-called the BSE 30 (BOMBAY STOCK EXCHANGE) or simply the SENSEX, is a free-float market capitalization-weighted stock market index of 30 well-established and financially sound companies listed on the Bombay Stock Exchange (BSE). The FTSE Eurofirst 300 measures the performance of Europe's largest 300 companies by market capitalization and covers 70% of Europe's market cap. The All Ordinaries (XAO) is considered a total market barometer for the Australian stock market and contains the 500 largest ASX-listed companies by way of market capitalization. The MSCI Emerging Markets Index is a float-adjusted market capitalization index consisting of indices in more than 25 emerging economies. The Hang Seng Index is a free float-adjusted market capitalization-weighted stock market index that is the main indicator of the overall market performance in Hong Kong. The S&P/TSX Composite Index is an index of the stock (equity) prices of the largest companies on the Toronto Stock Exchange (TSX) as measured by market capitalization. The FTSE 100 Index is a share index of the 100 companies listed on the London Stock Exchange with the highest market capitalization. The MSCI World Index is a free-float weighted equity index that includes developed world markets, and does not include emerging markets.  The SSE Composite Index is an index of all stocks (A shares and B shares) that are traded at the Shanghai Stock Exchange. Nikkei 225 (Ticker: ^N225) is a stock market index for the Tokyo Stock Exchange (TSE).  The Nikkei average is the most watched index of Asian stocks. The MICEX 10 Index (Russian: Индекс ММВБ10) is an unweighted price index that tracks the ten most liquid Russian stocks listed on MICEX-RTS in Moscow. The US Dollar Index measures the performance of the U.S. dollar against a basket of six currencies. PHLX Semiconductor Sector (SOX) is a Philadelphia Stock Exchange capitalization-weighted index composed of companies primarily involved in the design, distribution, manufacture, and sale of semiconductors. Additional risks are associated with international investing, such as currency fluctuations, political and economic instability and differences in accounting standards. This material represents an assessment of the market environment at a specific point in time and is not intended to be a forecast of future events, or a guarantee of future results. MarketingPro, Inc. is not affiliated with any person or firm that may be providing this information to you. The publisher is not engaged in rendering legal, accounting or other professional services. If assistance is needed, the reader is advised to engage the services of a competent professional.